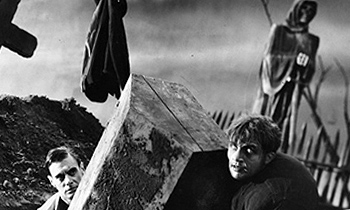 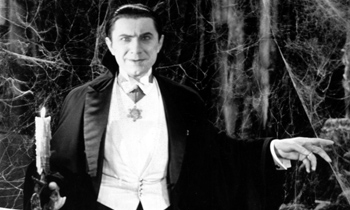 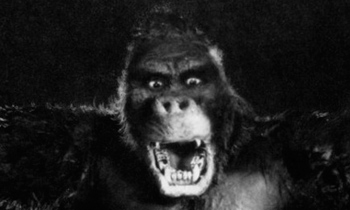 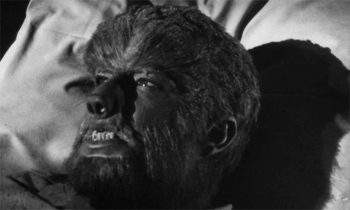 The birth of Classic Monsters
of the Movies magazine…

The cold clump of earth hit the figure of the grim reaper squarely in the face, as the newly buried coffin was hauled up on its end by Colin Clive and Dwight Frye; Lon Chaney’s face dissolved terrifyingly into that of the Wolf Man as he lay on the pillow of a Cardiff hospital; Bela Lugosi walked through a thick cobweb without disturbing an inch of it and King King thundered through dense undergrowth to scare the bejeebers out of a scantily-clad Fay Wray.

Such were the delicious nightmares that populated my childhood, as my Dad – equally bitten by the horror bug as a juvenile himself – slowly introduced me to the classic horror movies of Universal, RKO, MGM, Paramount, Hammer and Amicus, to name but a few. We delighted in them together and, now he’s gone, they’re the one thing guaranteed to flood my mind with nostalgia at the thought of those blissful late night appointments with fear.

Dad passed on to me his battered copy of the first issue of Famous Monsters of Filmland, and thus began a phase of my life that has never left me as, in turn, I sought out classic mags of the day, such as Monster Mag, World of Horror and House of Hammer. I loved each of these publications dearly, as well as all the American ones I could get my hands on, like Famous Monsters, Movie Monsters and Quasimodo’s Monster Magazine.

And now, in adulthood, I realise I am not alone in my nostalgic, nightmarish passion; other people the world over yearn too for a glimpse of what we once had: a proper horror movie mag, just like the ones we loved all those years ago.

Which is how Classic Monsters of the Movies came to be born. Each issue is packed with the type of articles and stills the old masters of the macabre would have been proud of, written by some of the best horror writers in the world. And each eerie volume comes with stunning cover art from the likes of Ron Whittaker and Daniel Horne.

All that remains is for you to dim the lights, bolt all the doors and windows, shut out the lightning and prepare to indulge yourself… after all, in the words of Professor Bruno Lampini, we have here a collection of the world’s most astounding horrors!

"Think of it. The Brain of a dead man,
Waiting to live again in a body I made
With my own hands!"